In 1925, it was announced that, in Paris, there was to be an “Exposition Internationale des Arts Décoratifs et Industriels Modernes”. The main rule for the exposition was that everything on display was to be “Modern”. We had come through the heavy and dark styles of the 19th Century, and the light and natural curves and tendrils of Art Nouveau, suddenly we were in the Machine Age. 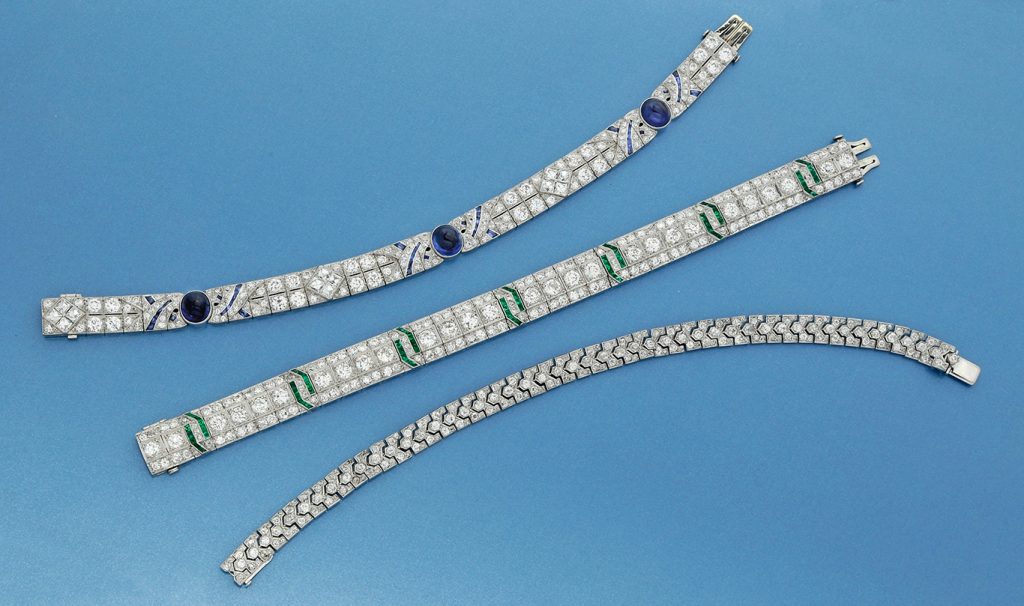 Art Deco (a contraction from the name of the exposition: “Arts Décoratifs”) was definitely modern. Geometry ruled; it was the compass of almost every element of modern design, from cars, to houses, appliances, and, of course, jewels.

One influence in the modern design of the Art Deco was the elegant simplicity of Japanese design. Asian style and design had been fascinating Europeans for more than a century, but it was elements of orderly geometry that were finding their way into Art Deco designs.

Another element of Asian art that is often found in Art Deco jewellery is carved jadeite jade that provides almost the only forms from nature and is a rare departure from the pure geometry of Art Deco.

Art Deco design has as much resonance today as it had when it was introduced at the Paris Exposition of 1925. Art Deco jewels from the 1920s to 1930s are eagerly sought and collected today. Art Deco represents a peak of design from a time when we saw industrial design and machines becoming an exciting complement to our lives. 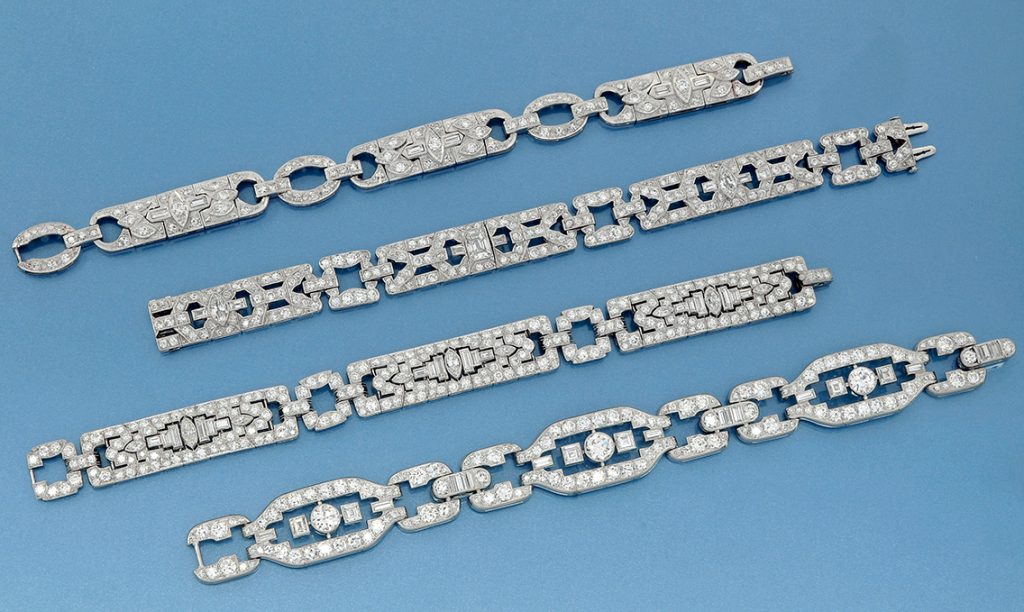